Always wanted a Samsung Galaxy S8? Bluboo is offering an alternative smartphone now. The Bluboo S8! It looks amazingly like the Samsung, with dual camera, fingerprint scanner at the back, a big display (seems to be a little curvy) and many other features. This is THE cheap brother of the Samsung Galaxy S8.

I bought this phone myself. It is not sponsored in any way. I do not have to write a review about it, but I do this because I like it. Everything I buy, I pay for myself. Unless I make it very clear that it is a sponsored product!

This phone caught my attention when I saw it online. It looks so much like the Samsung version but way way cheaper! I really like the design of the Bluboo S8 and the rich colorful display. The specs are not that great, but I had to give this phone a try.

You can find the YouTube review of the Bluboo S8 here.

This beautiful Bluboo S8 will always be seen as the copy of the Samsung. Does it matter? No! this is a great phone for basic users.

As you can see the Bluboo S8 uses the bands mostly used in Europe. If you live in the Netherlands like me, it is no problem to use the Bluboo S8. This is something we see happening more often with China phones, which is a great development. Finally we can use the way cheaper smartphones in Europe.

The specs are good but not great. Maybe Bluboo did the packaging extremely right? Let’s find out!

What I think is really great (and definitly not exptected) is that Bluboo threw in a case for he Bluboo S8! They could easily charge you a dollar or 2 for the case, but instead they choose to deliver it with the smartphone. Smart move and it really suprised me. Apple removed the headphone jack and so did Bluboo, but you know what they also gave, for free, with the phone? That’s right! A USB-C to 3.5mm jack! This shows that Bluboo is really caring about the customers who buys their products. (They could have kept the headphone jack, but I don’t miss it at all. Wireless headphones all the way!) And ofcourse, as we saw at the Maze Alpha review, there is a screen protector in the box as well. Overall I think this is a really big plus that Bluboo provide. If you have to buy all those things again, it is easily 30 dollars or more!

The benchmark of the Bluboo S8 are not that great. The hardware is decent, and so is the score of AnTuTu hardware benchmark test. It scores 42,234 where the OnePlus 5 (which is almost 3 times more expensive) score 181,194. The score is just a number, but it gives an idea of the ability of the hardware.

The real test is in the day to day usage, which works very well. The Bluboo S8 unlocks fine, can have multiple apps open and still work ina decent speed. Hardware wise it is not the best smartphone, but that is why the price is so low. Overall I think Bluboo can be proud of the performance of the S8 with this hardware inside.

The Bluboo S8 is coming with Android 7.0 on it. It uses Bluboo’s own 360 OS software. This has some great security features with it and will greatly improve the security of the Bluboo S8.

This is the best feature of the software in the Bluboo S8. Everything else is there, but there is also some “crap apps”. They come pre-installed and I would like to remove them as soon as possible. There is a news app, browser, 9 apps (like the Google Play Store) and other apps which have better and more trusted alternatives.

The software seems to be pretty stable. In the beginning there were some crashes. The Bluboo went black for a second and then came back to the home screen. After the update that come, over the air, I did not have any of those crashes anymore. Seems like they really made some improvments with the update.

**UPDATE**
On my YouTube video I got the request if I was able to change the Launcher, which was NOT possible! This is a big down side of the Bluboo, they locked the launcher and we are unable to change it, without rooting the device.

So Bluboo, if you guys read this, make it possible to replace the launcher please!

All phones now a days have Touch-ID (hopefully that stays and they won’t implement Face unlock like the iPhone X) and we find the fingerprint scanner at the back of the Bluboo S8. It is below the dual camera. Is it a good scanner? No. Does it do the trick? Yes. It unlocks the phone but it takes a little longer then I want to see before it is unlocked. But for this budget smartphone it is a great feature and works good.

On the right side of the case we have the power button and on the left side we find the volume buttons. There are a lot of phones that have both the buttons on the same side, but I think I like them at each on one side better. You never click the wrong button, but that is just me!

At the buttom we find the speaker and the charging port ofcourse. The speaker is not that great, but it gives a decent amount of sound. If you want to show a video to friends in a group, this speaker is fine.

Back of the Bluboo S8

The form factor of the phone is great, it fits in my hand and it is not too big. It is a big phone, but the size is just right. Like the Maze Alpha, the phone is a realy finger print magnet. Take it out of the cover it comes in, and BAM there are the finger prints. Besides that, the back looks great. It is clean with the camera and the light flash in the middle with the fingerprint scanner below. What I think is a ugly thing on the back ins the sticker that is printed on the backcover that there is a dual camera. Like we are unable to see that there are two camera’s? I hoped it was a sticker that I could remove, but it is not.

Still a primary feature that we almost forgot about is calling. How does the Bluboo S8 makes phone calls? Is the audio loud enough? Is there a lot of background noise? In the iPhone from Apple there is active background and wind cancellation while calling.

The calling of the Bluboo S8 is just fine. It is not special or different in any way. It just works and give a good clear sound.

When normally using the phone, just some WhatsApp, browsing and maybe some Facebook or Instagram you should be able to make the end of the day. Ofcourse this is different from person to person but I was able to use the phone for a day without charing it mid day. When I owned a OnePlus 3, sometimes I had to charge it agan after just 2-3 hours! (I think something was wrong with the battery because it really drove me crazy!)

The Bluboo S8 does not have the best battery, but it will get you to the end of the day, which is enough for me. I already accepted that we have to charge our smartphone every night, again and again.

The camera senor is from Sony and has 13.0 MP, which should be enough. But, seen in the Maze Alpha review, the amount of MP does not always mean that the photo’s are good. I tried making a variety of photo’s with different modes to give you a good impression of the camera. There will be a video review on my YouTube account.

As you can see the photo’s are reasonable, but not great. You can zoom in and still see what it is but the details are just not there. The camera is not what I expected and want/need. But for this price, there have to be some down sides and with the Bluboo S8 it is the camera.

There are some nice features that comes with the camera like:

The Bluboo S8 is a great phone for simple users. There are some software issues somestimes, but overall the phone works stable. The camera is not the best camera I have seen so far but for some simple photo’s it is good enough.

The screen and the design of the Bluboo S8 are really great. I just love the look and feel of the smartphone. The rich features of the phone makes it a good alternative for the Samsung or iPhone. It saves money and it does (kind of) the same. You can use WhatsApp, Facebook or watch Netflix without an issue but it is way cheaper! Definitly would recommend this phone if you are not a photo freak. If you like to make photos from time to time, then this might be not the phone for you. 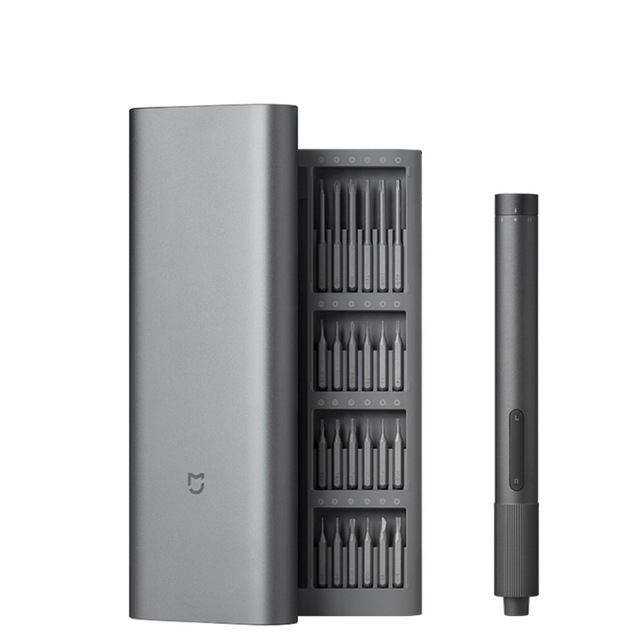 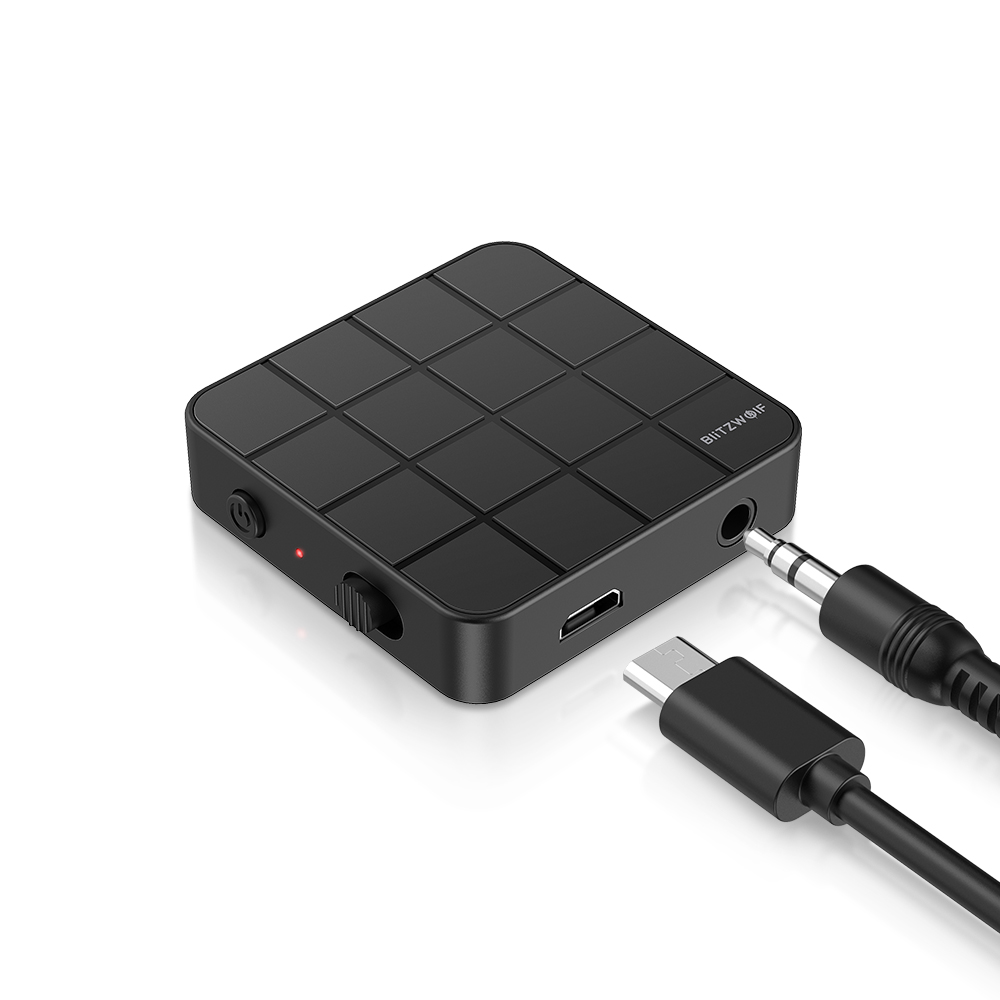 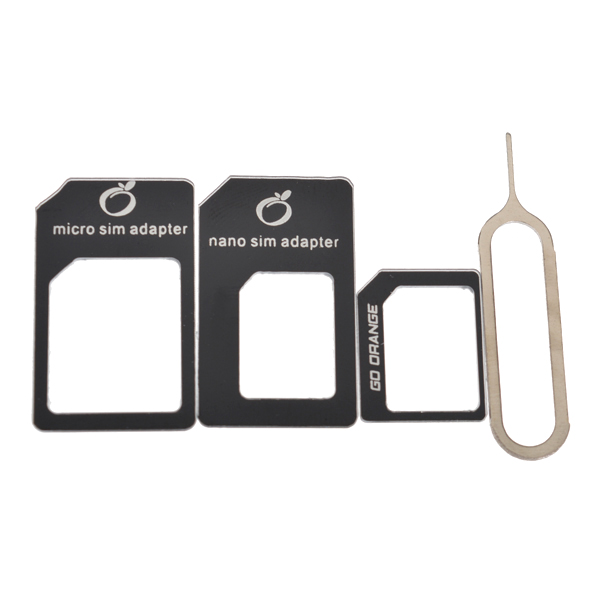 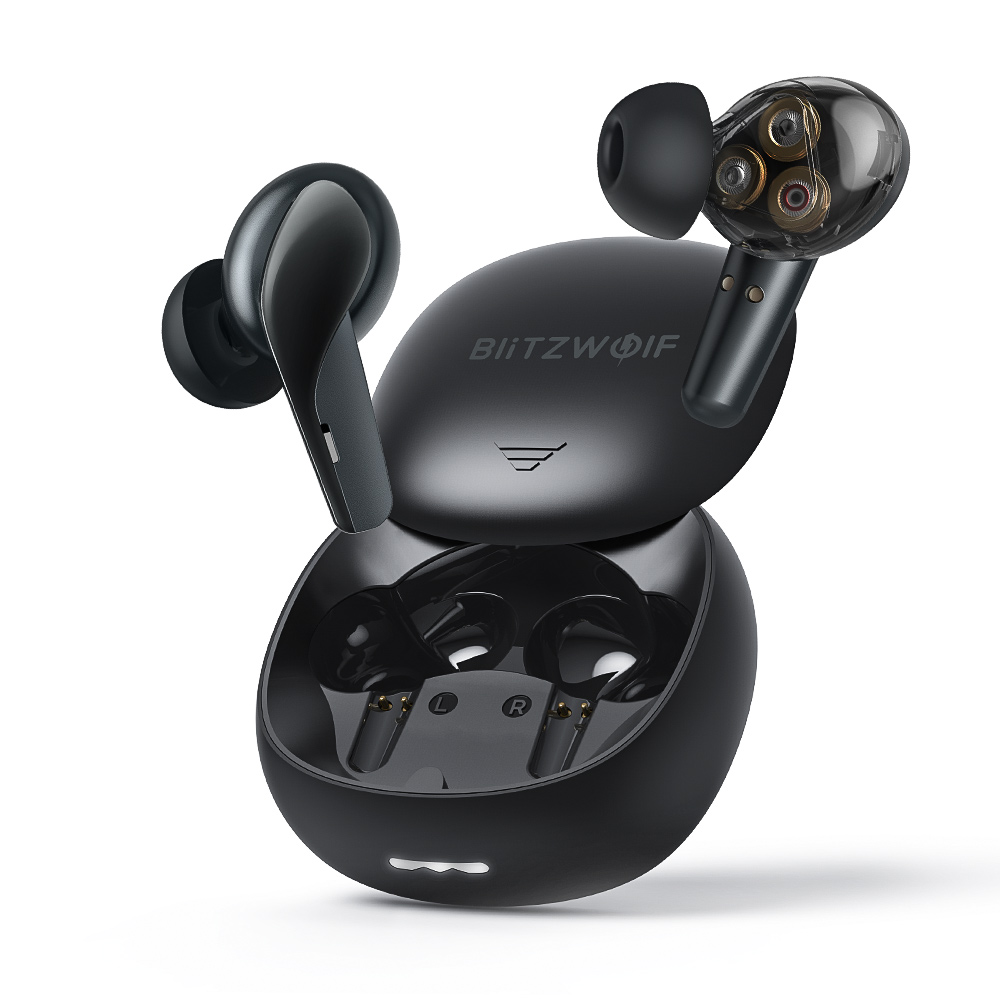 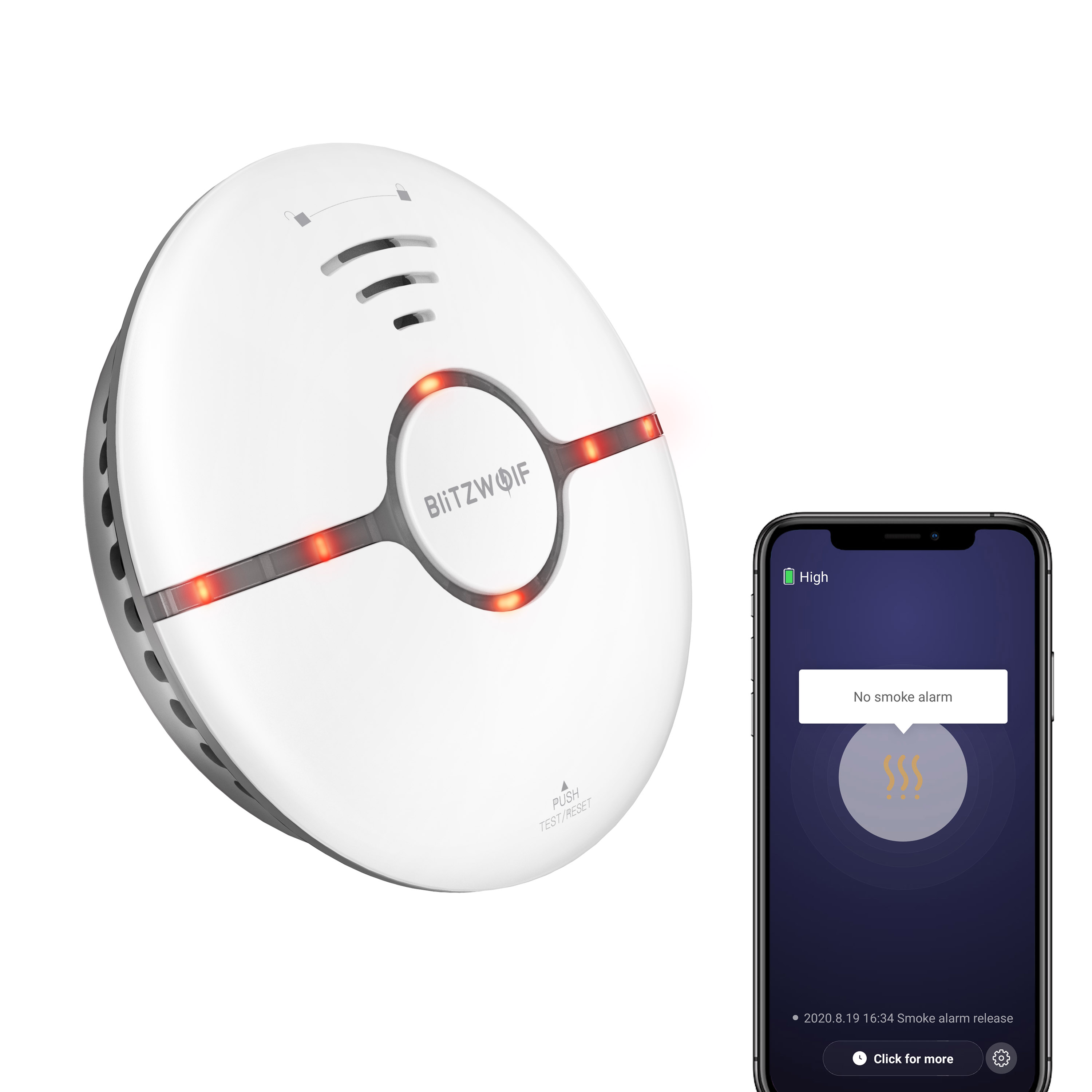 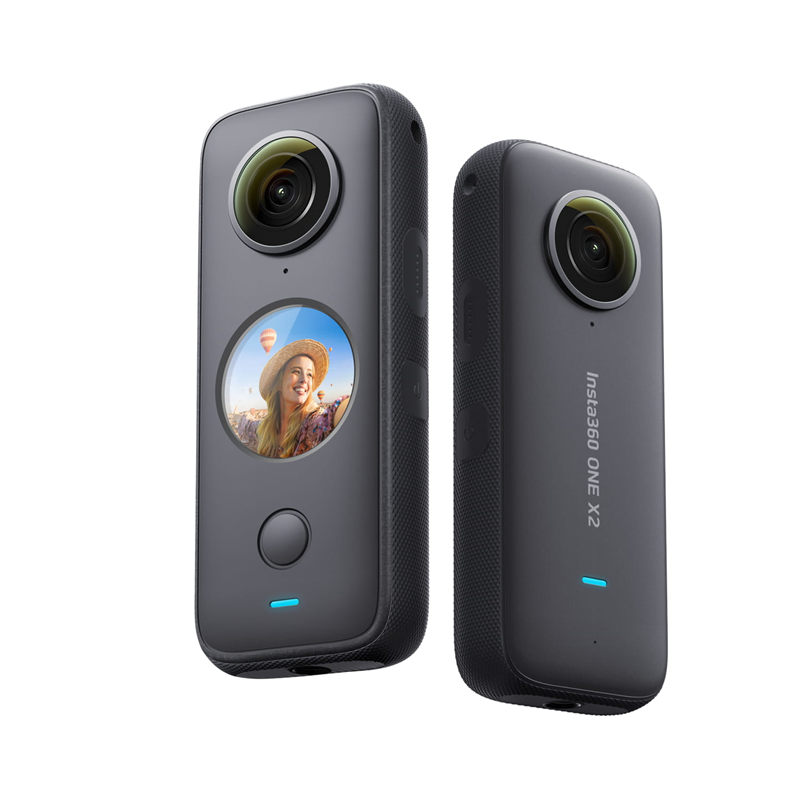 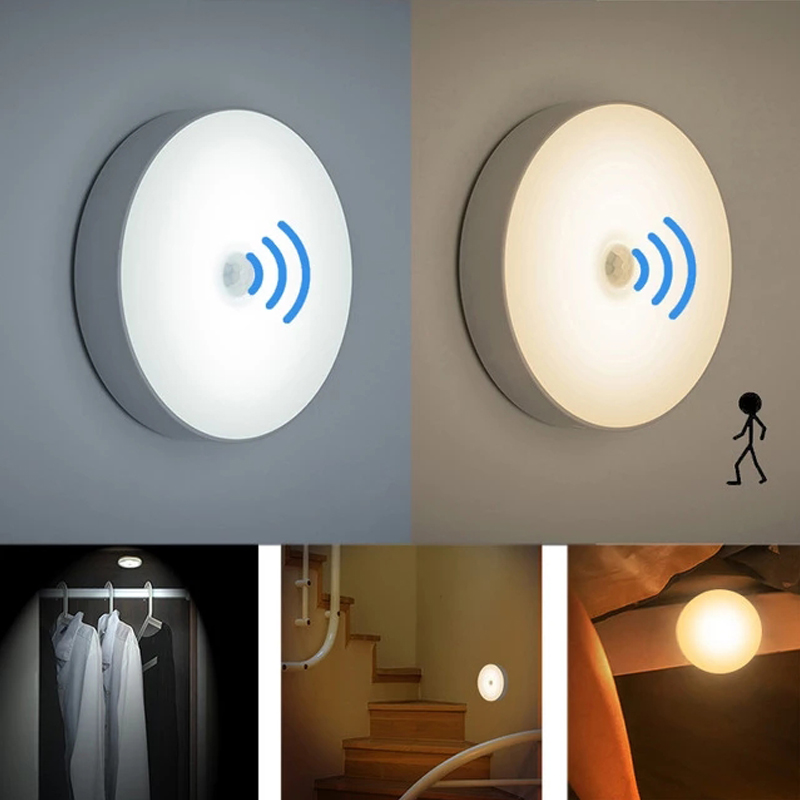 Stay up to date!

Subscribe to our channel for the latest video reviews!